My first day in Tübingen, Germany 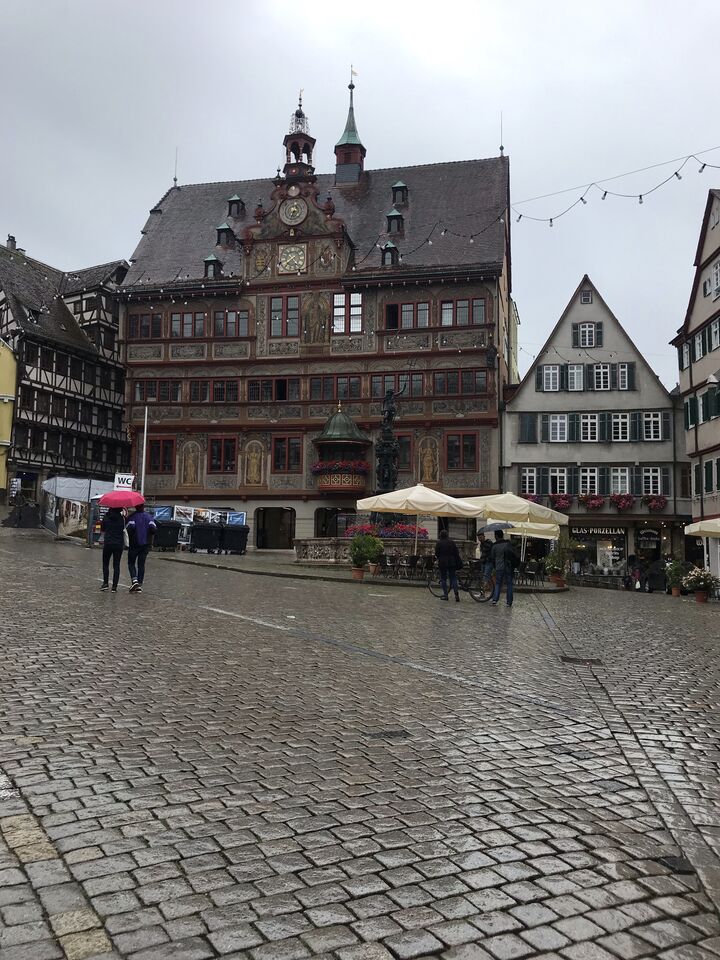 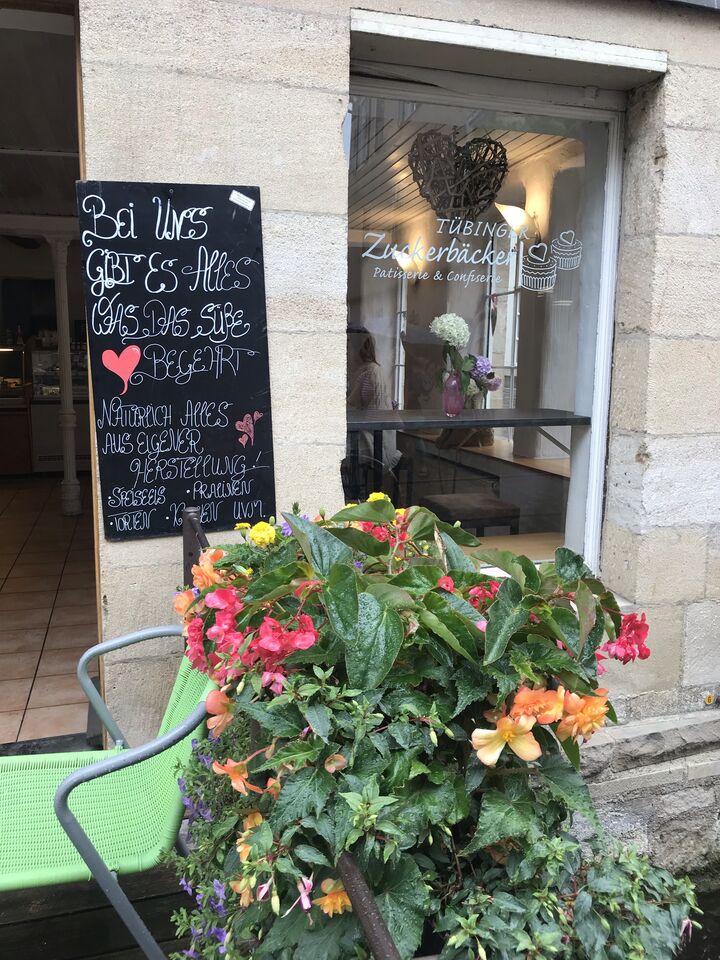 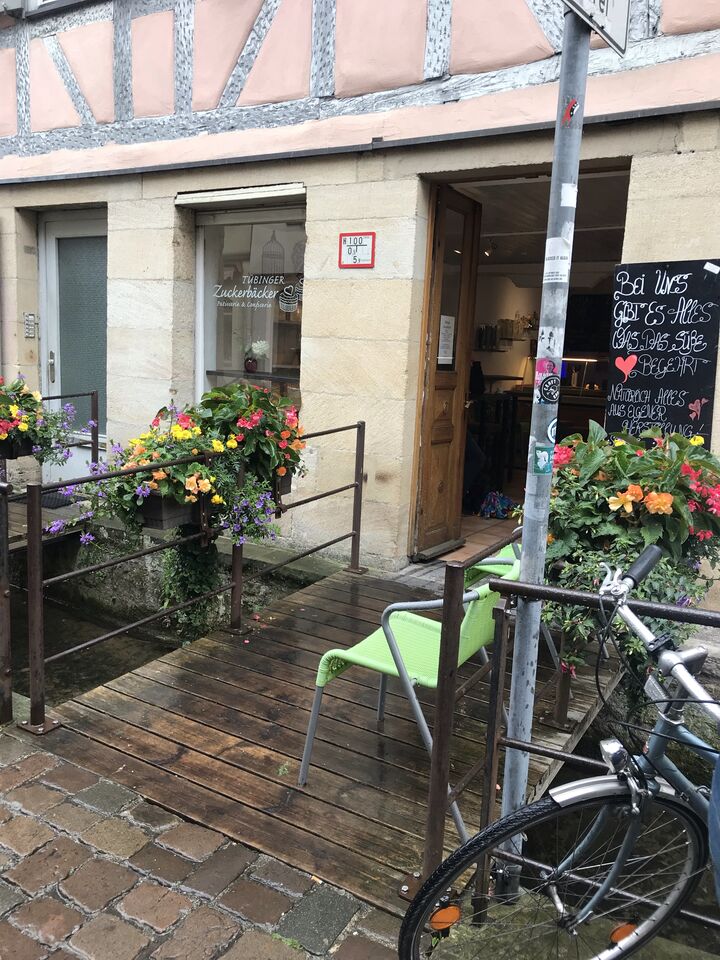 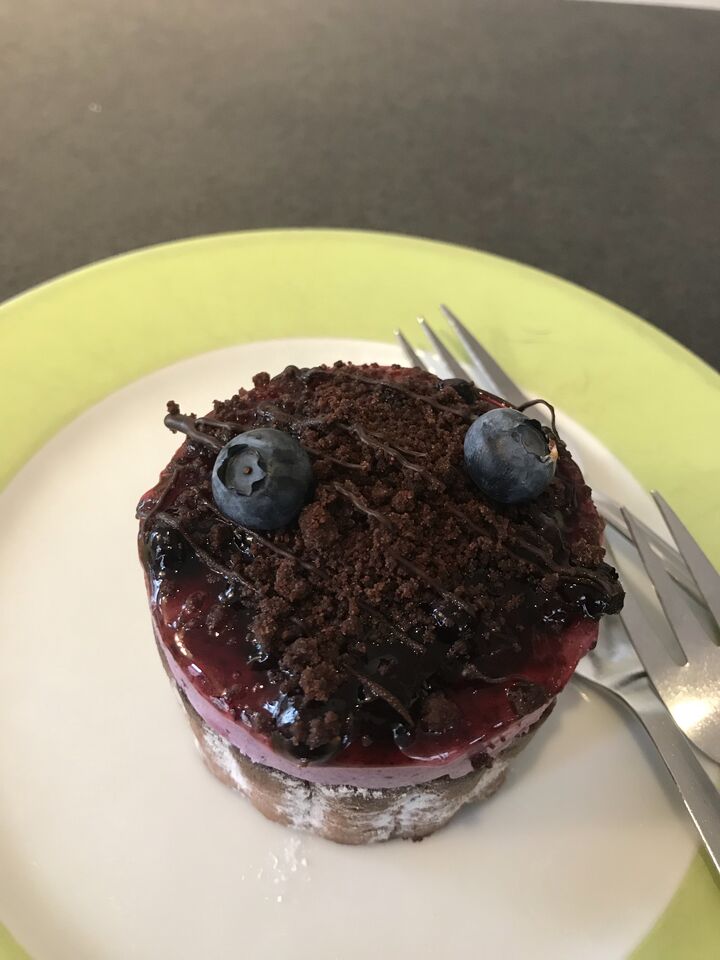 As many of you know who frequent this platform, I am doing an internship in Tübingen, Germany during the summer. I arrived by flight early Thursday morning at 10:15 in Stuttgart, Germany from Stockholm, Sweden, where I live.

However previous to that I had been visiting the US. I arrived in Stockholm on Tuesday evening from Sacramento, California, where I grew up after visiting there for 5 weeks. I only stayed in Stockholm for 36 hours! I was running around like a crazy person unpacking, packing, going to the dentist and hygenist, doing laundry, looking for new shoes for the internship, going to the pharmacy, going to a yoga class, and then on a date with my boyfriend.

One of my new flatmates was kind enough to give me directions from Stuttgart to Tübingen. I was also traveling with my Dad and his fiancé because they wanted to see where I would be living. We took bus 828, which was a 40 minute bus ride right up to the apartment that I would be staying in. The bus was 7.15 euro in cash. So I had to withdraw cash from the atm at Stuttgart airport. I soon learned that in Germany, at least in this area, is very much cash based, which is opposite to Sweden where it is only card transactions.

Once we got off the bus, we were greeted by my new flatmate Hannah and her sister. We walked around the corner to the apartment, dropped of our things in my new room and had tea and some Swedish fika that I bought at the Stockholm airport.

After that, my dad, his fiancé and I went to the grocery store around the corner to pick up some food. We bought stuff for lunch - Swedish hard bread, cucumber, other veggies, turkey and cheese. Also, some toiletries, German white wine, and breakfast stuff. We quickly realized that not very many people know English. I ordered turkey deli meat at the counter somehow. Thank goodness my dad’s fiancé can understand German. I was able to find lactose free milk then. 😅

We came back to the flat, had lunch and then decided to go to check in to the apartment they rented, which was closer to the old town of Tübingen. Unfortunately, they didnt know the address to the place. We later found out that the confirmation email was somehow not received by or perhaps sent to my dad’s fiance’s email.

Anyway, we took bus 1 from my apartment to the old town stop, called Nonnenhaus. We thought we would be able to pay cash on the bus like last time. We were planning on buying a day group pass for 10.40 euros. There is a little coin and card machine on the bus. We realised that the card part was not going to work with our cards, and we didnt have enough coins to pay. Lol 😂. So we ended up not paying for the bus ride! We got off at Nonnenhaus and went to the first bank we saw to figure out what the deal was with our cards. I still dont understand how it works but I think German chips on debit cards can be loaded with money for the bus. The lady at the bank knew English and helped us a lot! Then we got a lot of coins too so we could pay for the bus 😅.

We also asked her for directions to the building they were going to stay in. Turns out the lady behind us was renting that place out. But she was very confused because we were three instead of two. Anyway, we found their place in the end 😂. But it was a little stressful for a period of time when we couldn’t figure out what was going on.

They dropped their stuff off, then we headed for the old town on foot to explore and find some coffee. It had been lightly raining the whole day so we decided to pick up some umbrellas too. As soon as we bought them it became sunny out, of course! But today is pouring outside so I am happy we got them. We went to a coffee and dessert place, as you can see in the photos. It was really good! The flowers outside were so beautiful I thought they were fake at first.

After walking around we headed to the grocery store by their place that they rented. We ran into my flatmate and her sister there. It’s a very small town haha. They bought stuff to have for breakfast, etc. There was more people that knew English at this store because it was in the main part of town.

We dropped off the groceries and then walked to the river, where the tourist information place is. They got some info and maps and then we headed back to my apartment to have a German dinner with my flatmates. We had a sort of southern German and French pizza with thin crust, spring onions, bacon, feta and mushrooms. It was really delicious and so nice to have them prepare a meal for us because we were so exhausted from waking up at 4am.

So that was my first day! We had a lot of fun and my new flatmates are so kind and fun to be around. 😊

Glad to hear you have settled in well

It looks like a really pretty place! It's a shame that it has rained for the first few days, but Germany normally has pretty good weather over the summer months so it should get better!

How long is it until you start your internship? Does it give you time to acclimatise to your surroundings?

It is beautiful! A very special place since it was not destroyed by the war so it is very unique. I think the weather today will be much nicer. We are planning on doing a boat ride on the river.

My internship starts on Monday. I think it will take some time to get used to Germany haha. I feel like it is so foreign because I don't know the language and not many people in the town speak english and nothing is written in english. I am going to find the place that my internship is at tomorrow and figure out where the gym is as well. I will need to study some German before I feel more used to it!

Was it like this in Berlin? If I remember right didn't you and Leia go there for a time?

I can tell! It seems like it has a really unique aesthetic, although I can't quite put my hands on what exactly that is

Forgive me if I'm wrong, but isn't German part of the same language family as Swedish? I think quite a few words are shared, and there are definitely some comparisons with English as well!

Probably because it was the capital, English was quite common in Berlin and we never needed it to order food for example. Transport as well had English translations so it made it simple enough to get by without needing any German. Seeing all the road signs for me just reminded me of my German lessons through secondary school, so maybe the shock wasn't as much for me as it was for Leia

Oh ok. Yeah there is nothing written here in English and I have never studied German. A couple of places have English menus if you ask but they spend several minutes searching for the one English menu haha. But now I am on Duolingo! And I can already understand the menus in German mostly. I still need to look a couple things up.

I think Swedish has many common or similar words to German. Some things are easier for me to understand then but they are spelled differently.

I understand some German when I read and less when I hear them speak. It is pretty close to Swedish and some words are similar. ”Zuckerbäcker” in the photos is almost the same as Swedish ”sockerbagare” (pastry cook).

How large is Tübingen? Do they have anything they are famous for?

How do you find Duolingo? I used it (albeit very briefly) and felt like I wasn't really learning anything.

I like Duolingo alot because it is easy to use on the go. That being said, you cant learn a language solely from it. I think it provides a good introduction. Some languages are more extensive than others on Duolingo. I think Spanish and probably English have to most lessons and require the most effort.

Ahh I see. I tried to learn the Korean alphabet on it, and while it somewhat helped, I forgot about most of it, so when I returned to it I couldn't answer the questions about the characters I had apparently already learnt

That is why they have the option to practice in order to refresh your memory 😊 I have to use that for Hungarian because I do not study it that often on there. 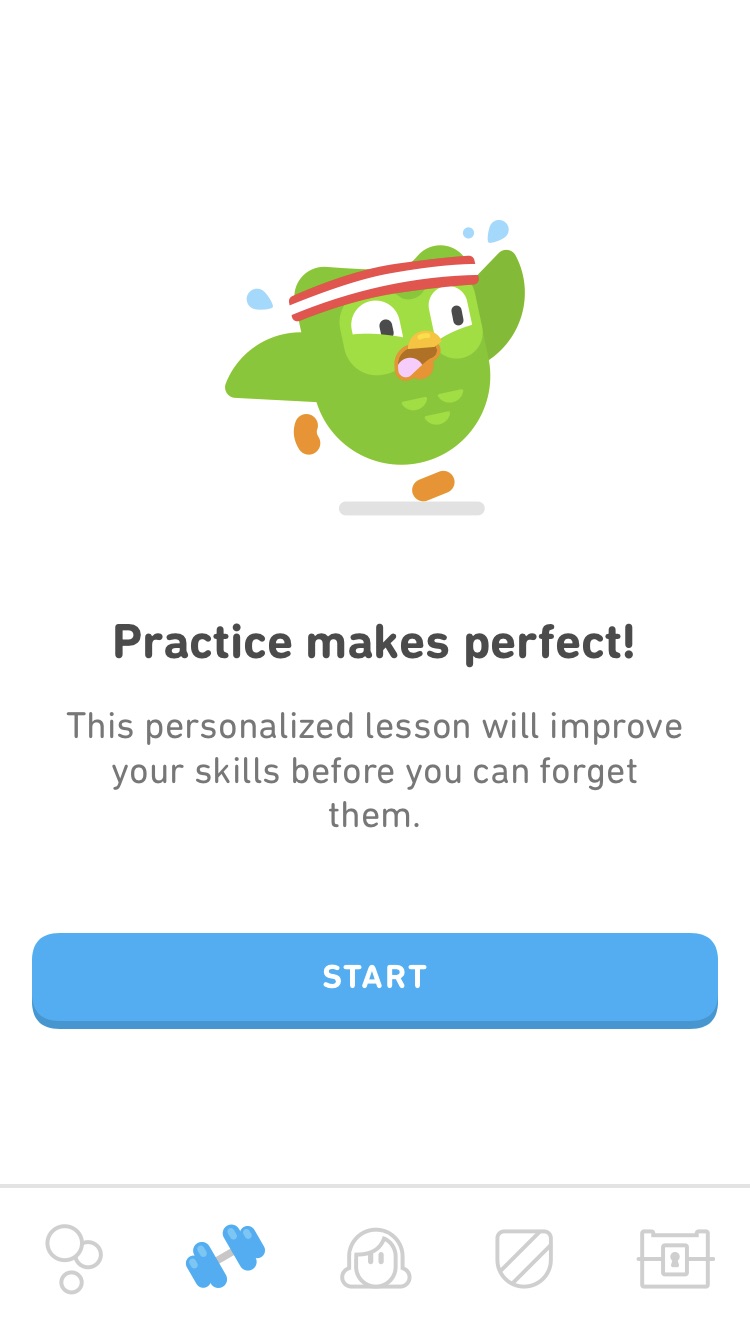 Ahh I see! Maybe I should have been paying more attention to what the app offers!