My second day in Tübingen, Germany 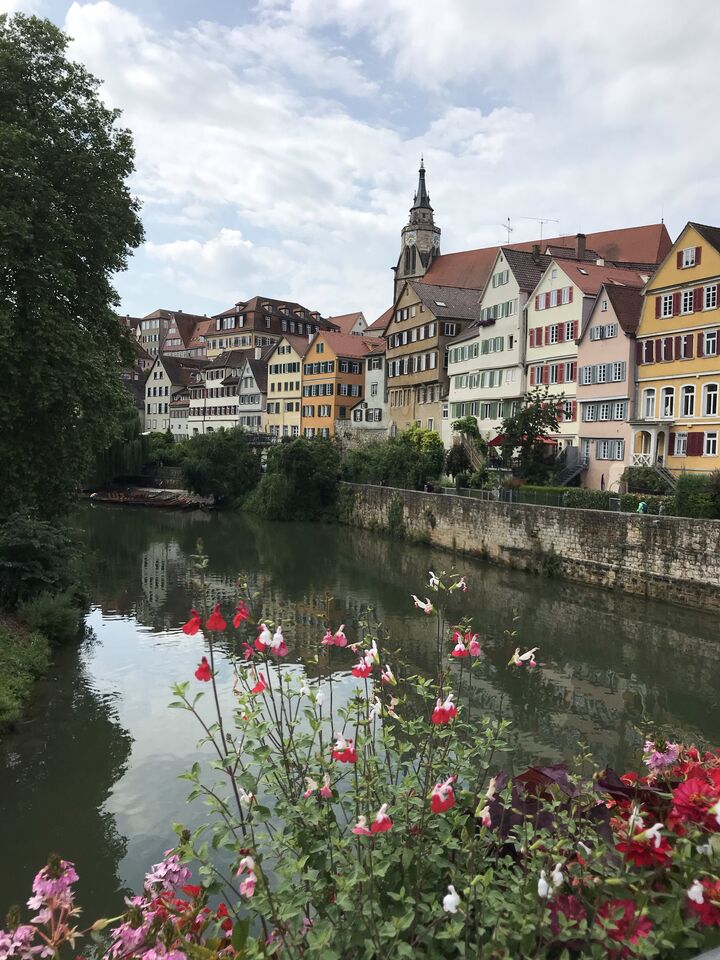 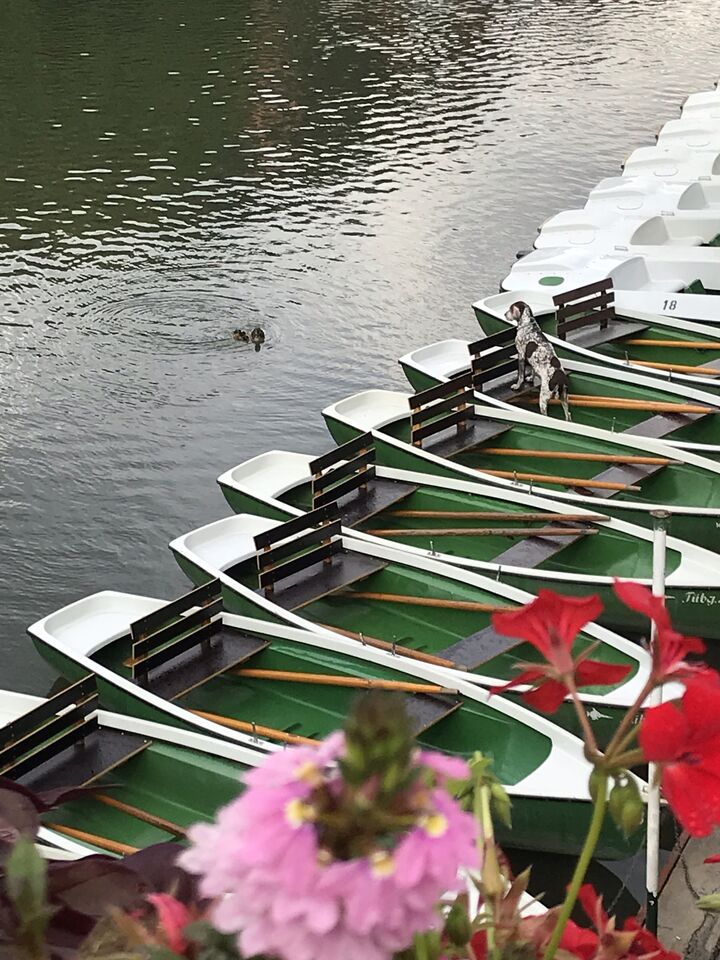 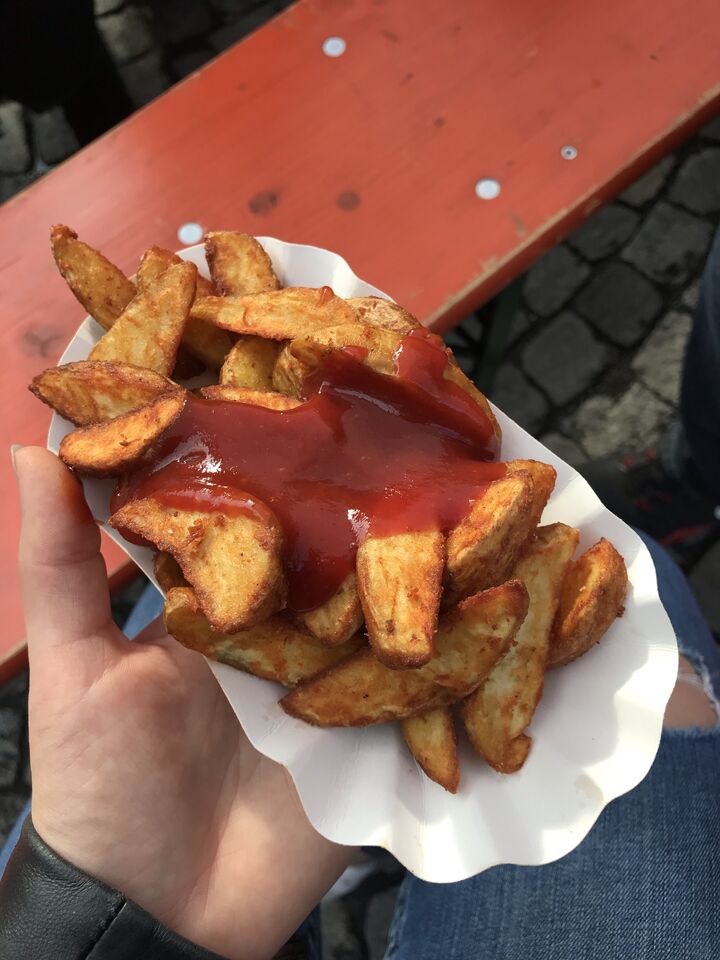 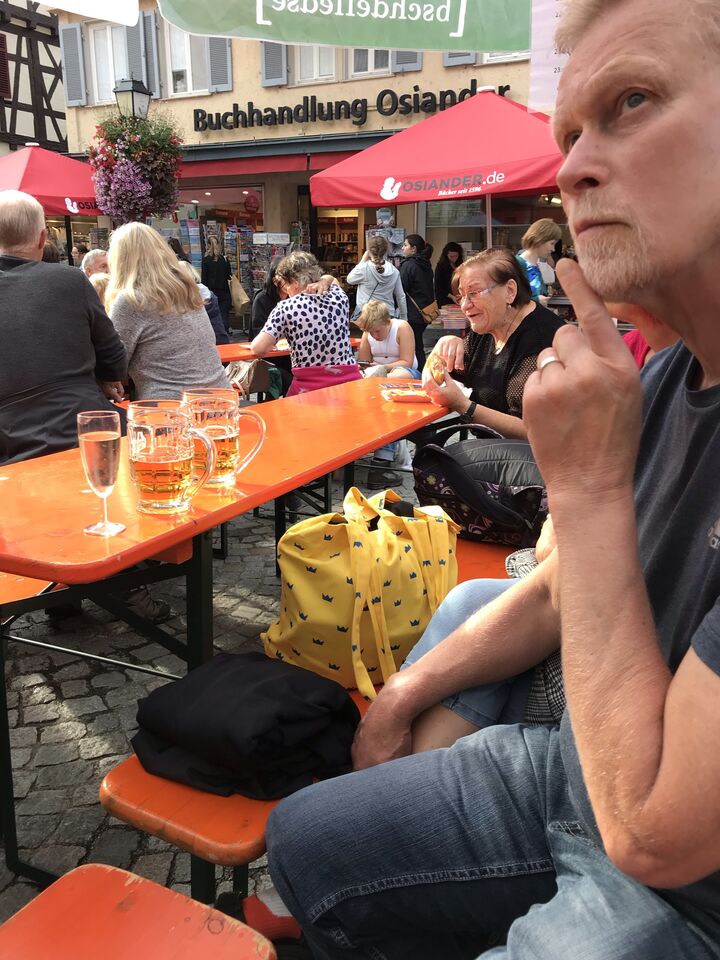 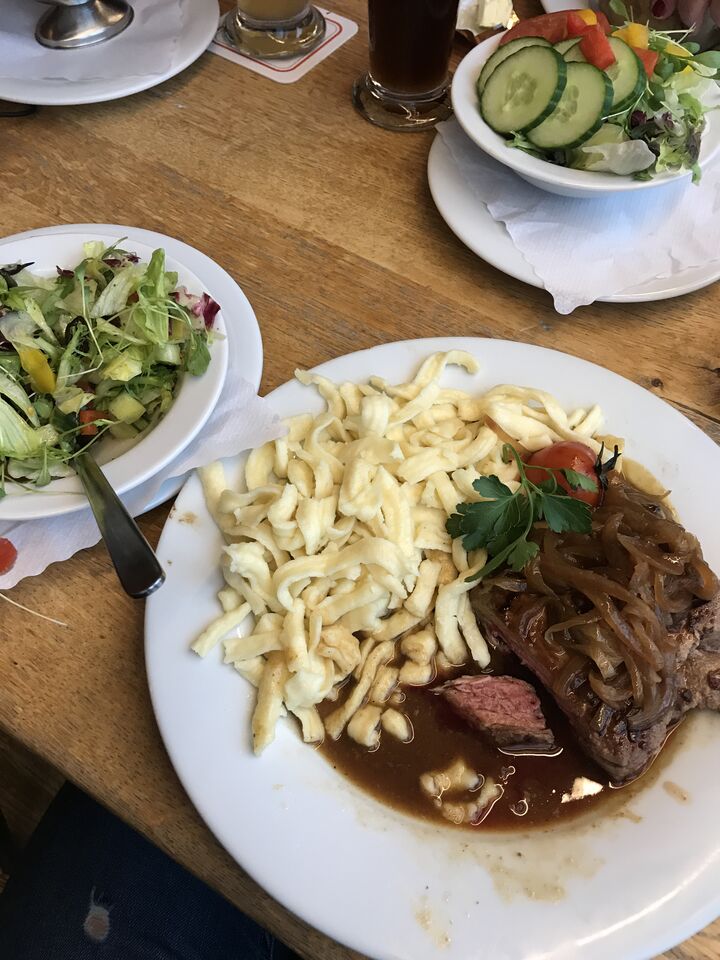 For my second day in Germany 🇩🇪, I slept in because I was so exhausted. I woke up and made coffee and breakfast - Greek yogurt with fresh fruit and chocolate cereal. I studied a little bit and wrote the previous post about my first day here.

Then I went to the city around 3pm to meet my Dad and his fiancé. I was planning on walking there but it turned from a drizzle to pouring rain so I decided to stop at the next bus stop and take the bus in the rest of the way. I waited and waited for the correct bus or at least the one that had taken before and was familiar with, bus 1. By the time I got in the bus it had stopped raining again, naturally.

From the place I am staying it is a 10-15 minute bus ride to the old town, which is the main part of town, or a 30 minute walk. I took the bus to the river. The stop is called Neckarbrücke. From there I walked around, stopped at some stores and looked around. Then I met my dad and his fiancé at the apartment they are staying at.

Shortly after we decided to walk around the old town and find the activities that were going on that night. It is a Stadtfest July 12th and 13th. There is live music, dancing, lots of beer, potatoes, sausage, etc. We stopped at the square of the church where some music was playing and several beer stands. I bought some Prosecco and they got a Radler, which is called shandy in English (beer and lemonade) and a regular beer.

The Prosecco was not dry. It was rather sweet but extremely delicious; I had three 😆. I think it was not Prosecco but rather Sekt, which is a German form of champagne. I also had some potato wedges, also very yummy!

We stayed there for a while listening to music but so many people were smoking cigarettes, we left and went to dinner. By that time it was pouring rain with lightning, so we left at the perfect time.

We went to Neckarmülle, a known restaurant on the river. They are also a brewery. It was packed! I had a steak with spätzle and they had turkey with a baked potato and beer. I ordered Sekt and this one was more bubbly and little less sweet but not as dry as Prosecco. It was also super good!

Then we went back to our places as it was late and pouring rain.

That sounds like a fantastic day! Love the pictures!

Host of Paints and Crafts

Nice Swedish bag. 🙂 I had underwear with a pattern like than when I was a kid.

Oh haha! That was my dad’s fiance’s not mine 😊

To participate in the discussion, you must first become a member. It is quick, simple and free. The membership gives you access to all our communities.